KWR stems from Kiwa N.V., a certification institute for water pipe articles which was established in 1948. Initially, the drinking water research was carried out in Rijswijk. In 1973, the current site was purchased in Nieuwegein, close to the Lek canal, where the ‘detective’ work started: research into the acute and chronic toxicity of surface water.

This formed the basis for the present KWR, a 100%-owned subsidiary of KWH. In 2006, KWH and KWR became independent entities dedicated to applied research and with the Dutch water companies as their shareholders. On 18 September 2015, the Dutch Minister for Infrastructure and the Environment, Schultz Van Haegen, inaugurated today’s KWR building, ushering in a new age of greater collaboration, knowledge sharing and innovation.

At the time the legal precursor of KWH was established, the Netherlands had around two hundred drinking water companies. Following numerous mergers, by 2006 this number had been cut to ten. In 2013, N.V. WRK, a water transport company owned by Waternet and PWN, also became a shareholder. In 2016, we welcomed our first foreign shareholder: De Watergroep from Belgium. At the bottom of this page you will find an overview of shareholders.

By statute, KWH does not issue dividends to its shareholders. The financial result of KWH is reinvested in the enterprise and is used in part to fund future activities.

KWH has held a majority shareholding in Allied Waters B.V. since the spring of 2017. 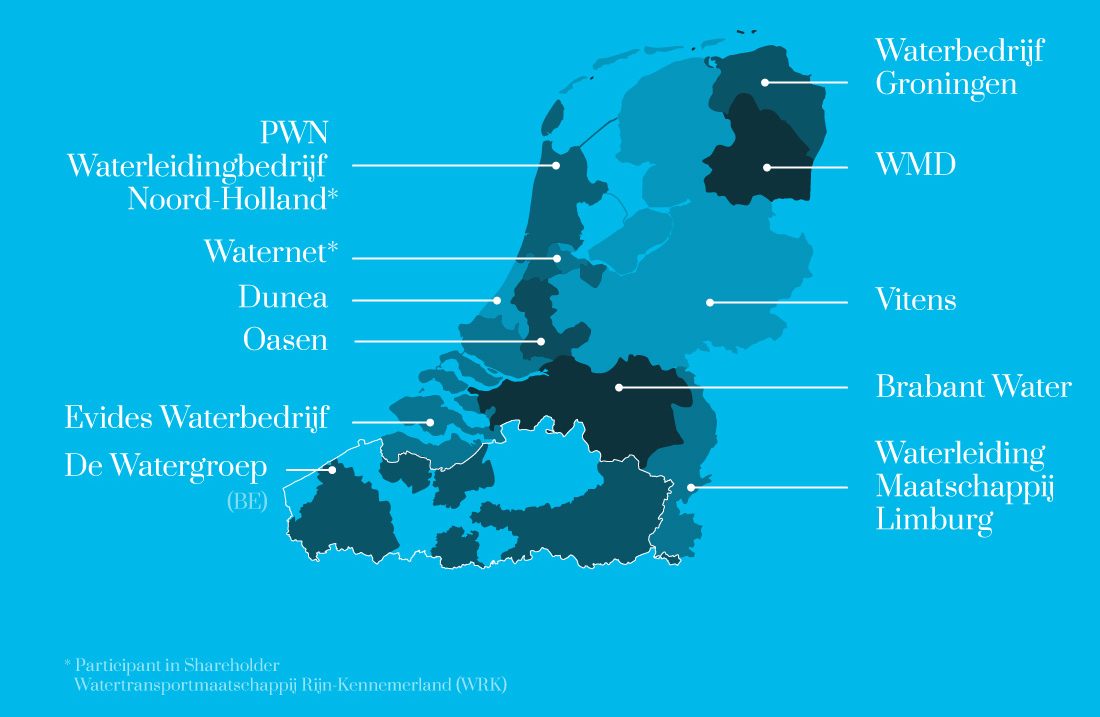