In the collective model – the foundation upon which KWH’s precursor was built – the shareholders are also the clients. On this basis, during the course of the 20th century, KWR developed into a strong research centre with a primary focus on drinking water. Starting at the turn of the century an extension process was initiated (see figure below):

KWH over the years

As in the case of most countries, the urban watercycle in the Netherlands and Flanders is publicly organised, and is therefore in the hands of public authorities and companies. This means that the organisations concerned are guided by their societal mission and not by profit. However, the past few decades have seen their collaboration with the business sector grow, specifically in the shape of Public-Private Partnerships (PPPs). This trend has also affected KWH’s activities; indeed, KWH is actively engaged in the pursuit of PPPs. We also seek opportunities to attract research funding for large-scale implementation projects and the associated investments.

In 2016 KWH’s turnover amounted to €19.6 M. The figure below shows the turnover breakdown by activity. KWH aims to grow at an annual rate of 5%, particularly in its international activities: along the public (KWR: Watershare, WHO Collaborating Centre), private and PPP (Allied Waters) paths. 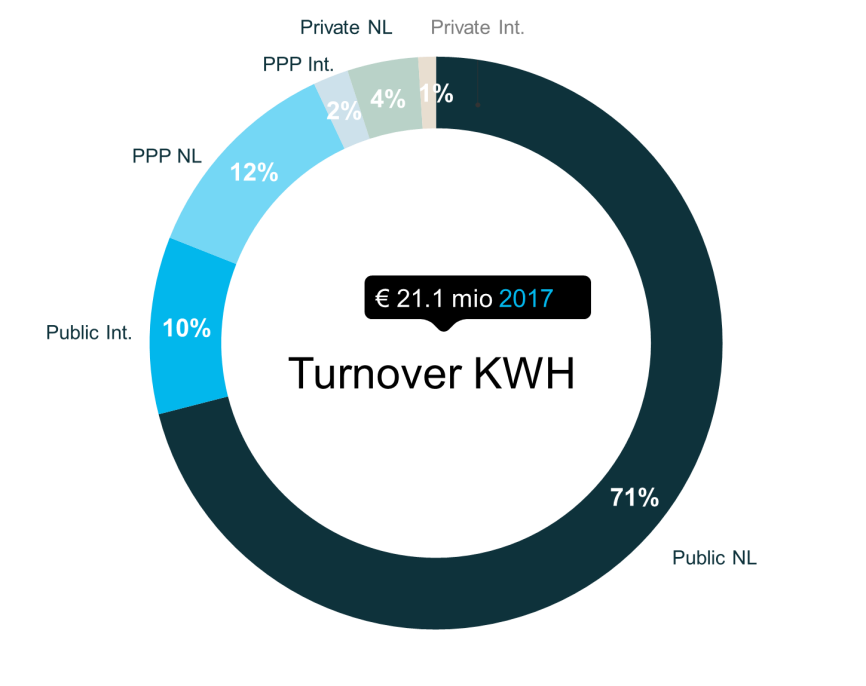